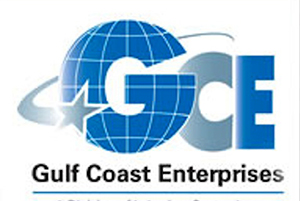 Gulf Coast Enterprises (GCE) derives 70 percent of its 2014 revenue total of $127.7 million from facilities and other non-foods services. The figures listed are those generated by dining operations only. Dining, in fact, has been decreasing as a percentage of the total business, dropping from nearly half of revenues in 2013 to 30 percent last year. However, the company as a whole has been booming, growing revenues almost 48 percent in just the past year.

In 2014, the GCE Healthcare Food Service Team developed a Food Operations program to standardize practices at all current and future accounts.  With the addition of sub-acute hospital accounts, a four week cycle menu was developed with the ability to ‘swap out’ regional and ethnic preferences based on facility location. In addition, a web based account audit system has been rolled out with completion anticipated during 2nd quarter of 2015.

The recently introduced Culinary Favorites healthcare food/nutrition program includes enhancements to patient menus focusing on fresh and homemade alternatives such as homemade granola, along with a new line of decorative signage and marketing tools.

GCE is a unit of the vocational services division of Lakeview Center, a social services provider affiliated with Baptist Health Care. It operates food service at 26 facilities in seven states and the District of Columbia, serving over 10,000,000 meals a year and employing more than 600 persons with disabilities, mostly military veterans disabled in combat. Major contract activity produced a new gain of 11 accounts (from 16 to 27) during 2014 and an additional hospital and a military account are scheduled to begin in early 2015.